Lighting arrangement is one of the primary considerations in the commercial arenas. Proper lighting not only saves money, but also operates more efficiently thereby providing brightest illumination for an extended phase. Quite obviously, commercial LED lights are increasingly growing in terms of popularity. Commercial LED lights not only reduce energy bills, but also result in environmental benefits by cutting down carbon wastes.

Here’s how the application of LED lights in the commercial sectors fetch maximum benefits.

Since LED lights are energy-efficient, it results in significant cost savings. In terms of energy consumption, LEDs are much efficient than the fluorescent bulbs and you should eventually see this on your energy bills. LED bulbs also last much longer, thus eliminating the needs for frequent replacements. Finally, LED bulbs give off much less heat than traditional halogen bulbs and many commercial spaces have found that air conditioning costs are reduced in the summer months as a result of this.

Financially, LEDs provide a good return on investment than the CFL or incandescent. Though you need to spend quite a lot while buying one, but it’s a long term investment. Further financial benefit is that LEDs in some commercial businesses can be retro-fitted, which means you can maintain the existing lighting fixtures and simply replace the luminaries with LEDs. 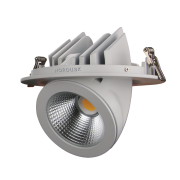 LEDs offer environmental benefits and consume much less energy, compared to the conventional fluorescent. Moreover, LED lights are devoid of toxic mercury, as a result of which LEDs do not create environmental wastes. Fluorescent bulbs contain traces of mercury for which they demand special disposal routes. LED bulbs do not contain mercury and hence it’s less expensive to dispose off. 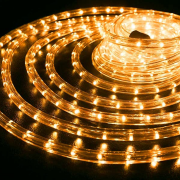 LED bulbs are brighter than conventional bulbs, and they offer better light quality. Also, LED bulbs don’t flicker or buzz like fluorescent bulbs can. Unlike a flickering light that cause eye strain, headaches or migraine, LED lights offer bright and uniform lighting output. As a result it does not cause any strain in your eyes. 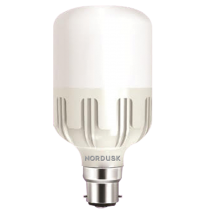 Last but not Least

LED lighting environment is technology dependent and you can control it with dimmers, timers, sensors and smartphone optimisation. Even in the commercial space, such lights offer exceptional benefits. Featuring exceptional versatility, LED lights are great for both indoor and outdoor use. So you can get the same financial, environmental and health benefits from installing LED lights in commercial spaces.