Why Switching to LED is An Eco-friendly Initiative?

What’s the first thing that crosses your mind when you heard about eco-friendly living? Well, most of the time our ideas are limited to the increased use of recycled products. But, hardly do we think about reducing carbon footprints that are produced from our indoor lighting. Studies reveal that CFL and incandescent lights that we mostly use in households produce loads of carbon wastes which affect environment as well as increases energy bills

On the other hand, Light-emitting diodes (LED) are an eco-friendly lighting choice, which not only reduces energy bills, but also offers bright and uniform illumination without producing toxic wastes. To be precise, LEDs are an energy-efficient alternative to traditional incandescent light bulbs.

Here’s how switching to indoor LED Lights can be an eco-friendly option.

The advanced technology of LED lights consumes energy more efficiently while saving it in an indirect way. LEDs are powered by electrons that move through semiconductor materials. They produce bright illumination while producing a small fraction of the heat compared to the fluorescent and incandescent lights. A major fraction of electricity consumed by LED is transformed into light and a little of it is transformed into heat. On the other hand, CFL and incandescent lights transform electricity mostly into heat. 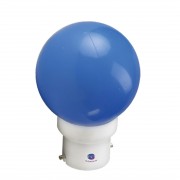 LEDs are Devoid of Toxic Elements

While the CFLS and incandescent are always filled with toxic elements like mercury, LEDs are devoid of it. In fact, LEDs are devoid of any noxious chemicals. As a result, they do not produce any toxic wastes when they are disposed of in the landfill. Thus, LED saves the environment from accumulating further toxic waste. 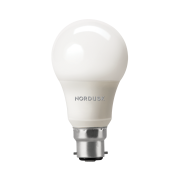 LEDs offer better lighting output with uniform distribution. Unlike the other light variants that emit light in all directions, LEDs produce unidirectional illumination. As a result, the energy is consumed fast, while the energy of the LED light is retained. Thus LEDs offer extended lifespan and reduce carbon footprints when compared with the conventional fluorescent and incandescent. 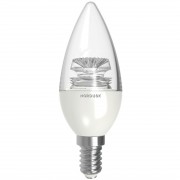 As you know, Greenhouse gas emissions always have detrimental impact on the environment. But, with LED lights, the emission is far less, when compared with conventional incandescent or Compact fluorescent lights. LED bulbs can produce same luminosity like an incandescent bulb, while emitting 80% less greenhouse gases.

Considering from these perspectives LED lights are certainly a better alternative to CFL and incandescent lights. And, beneficial for the environment too.